Due to the Covid 19 Pandemic, AFCI canceled all live events in 2020.
Originally slated for September 15th through September 19th in Buffalo Niagara, NY, what follows below was the event’s agenda, had it transpired.
We’d like to thank the Buffalo Niagara Film Office for their dedication, support and efforts through the planning phase and ultimate cancelation phase of the event.

The only global conference led by screen industry experts which brings Film Commissions and industry leaders together to discuss hot-button topics around creativity, policy and economic development.

Complimentary transport from Toronto International Film Festival to Buffalo Niagara will be provided on Tuesday September 15th at approximately noon from a central location in Toronto near the Festival. Return transport will also be provided the morning of Sunday September 20th, also at approximately noon and again returning to the Toronto city centre. Please note, bus times may fluctuate, all those who indicate on their registration that they need bus transportation will be kept up to date.

Home to the jaw-dropping scenic beauty of the Niagara Falls with 4-6 million cubic feet of water rushing over the edges every minute of the day, Buffalo Niagara is a hot destination for domestic and international travelers alike. The region also has a rich screen history with projects such as The Natural, Planes Trains and Automobiles, and Buffalo 66 filming locally. Recent major studio features such as The Final Purge and Paramount’s A Quiet Place II have found a home in Buffalo Niagara thanks to its deep crew base and incredible locations.

Information will be provided on the conference hotel partner closer to date.If you have any questions about Cineposium, please email Marjorie Galas, SVP Membership & Industry Relations at marj.galas@afci.org.

The conference portion of Cineposium will run across two days (Wednesday 16th and Thursday 17th) with the Industry + Cultural Tour being hosted Friday 18th.
Saturday 19th is the date for Meet the Execs – open to AFCI members only.

Feel the full impact of a Buffalo Niagara welcome with the Opening Reception at Niagara Falls. AFCI will also announce the winners of the AFCI Awards for Diversity & Inclusivity, Community Engagement, Screen Tourism and Distinguished Service.

Cineposium Conference will consist of 2 days of panels, including the AFCI Film Commission Member-only session ‘How Would You Handle It’. This session which is closed to non-members and press.

AFCI is excited to be working with the Buffalo Niagara Film Commission to coordinate an incredible tour of the area. You don’t want to miss this chance to see all the local community has to offer. Learn more about Buffalo Niagara.

For AFCI Film Commission Members only

Speakers will be carefully selected – a number coming from major production companies based in NYC – and will talk about to their career, their production slate, where they’re shooting and why, and what projects are coming down the pipe.

In order to foster an intimate environment with as much open discussion as possible, this is a closed-door event – media are not permitted access.

Over 100 members participated in each of the inaugural Business-to-Business Industry Day during Cineposium 2018, which was hosted at Netflix. 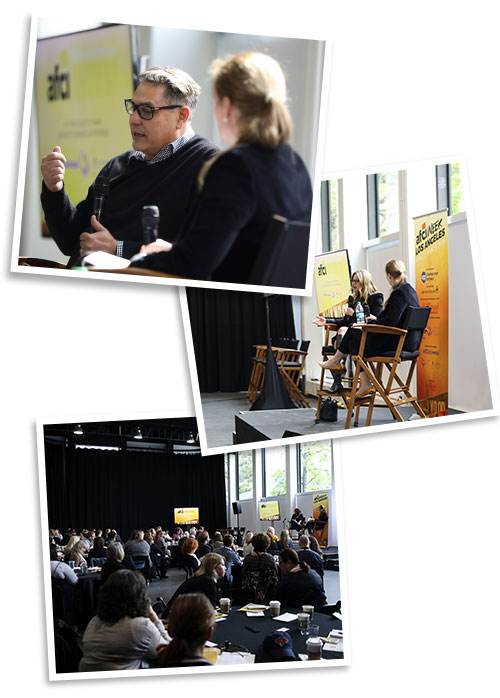